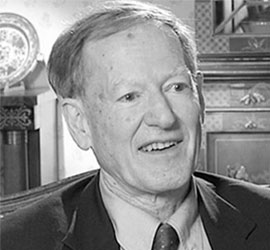 George Gilder is the Founder and Partner of The Gilder Technology Fund. He is a Senior Fellow at the Discovery Institute in Seattle, Washington and is the Founder and Chairman of Gilder Publishing, LLC. He has been a Director of Wave Systems Corporation since 1993 and is a Member of Executive Committee. George served as a Director of K12 Inc. and was the Chairman of the Lehrman Institute Economic Roundtable. George is the author of several books, including Life after Television, Microcosm, The Spirit of Enterprise, Wealth and Poverty and, most recently, Telecosm. He is also a contributing editor to Forbes Magazine and was the recipient of the White House award for Entrepreneurial Excellence from President Reagan.