OTOY was founded in 2008 by Jules Urbach (Founder & CEO) and Malcolm Taylor (Co-Founder & CTO). Since then, the company has grown to over 60 employees across four offices with headquarters in Downtown Los Angeles, CA.

OTOY has some notable investors and advisers. Major investors include Autodesk and Yuri Milner. Advisers include Eric Schmidt of Google, Brendan Eich of Mozilla, Sam Palmisano of IBM and Ari Emanuel of WME-IMG.

“Six years ago, I predicted that 90% of computing would eventually reside in the web-based cloud. OTOY has created a remarkable technology which moves that last 10% – high-end graphics processing – to the cloud. This is a disruptive and important achievement. It marks the tipping point where the web replaces the PC as the dominant computing platform.” 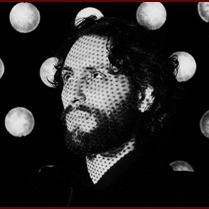 Jules sets the strategic direction and vision for the company, and is the chief architect of OTOY’s technology roadmap. Prior to OTOY, Jules created the web’s first 3D video game platform and licensed the software to Macromedia, Disney, Warner Brothers, Nickelodeon, Microsoft, Hasbro and AT&T. Hailed by technology writer George Gilder as “the most inventive software engineer he has ever met,” Jules has been featured in numerous publications including Forbes, CNN Money, and All Things Digital.

“This is Tony Stark stuff, coming at us super-fast.”

OTOY is proud to officially release Octane X for M1 and M2 iPads bringing the industry’s first and fastest spectral GPU renderer to mobile production workflows – with an all new UX supporting the Multi Touch design of iPad and with support for Apple Pencil – for next generation visual effects, motion graphics, gaming, design, concept art and architectural visualization.

OTOY® is proud to unveil OctaneStudio+: the largest collection of content, software and services ever offered to OTOY artists - launching in tandem with today’s release of Octane 2022 (and closed beta for Octane 2023 and Octane X for iPad)

OTOY and UX3D are proud to unveil a new partnership integrating the UX3D glTF Scene Toolkit into the OTOY marketplace, bringing 100% native glTF support to the OTOY ecosystem.