OctaneRender 1.5 is coming soon and in this post we want to delve a bit deeper into the per object visibility feature. OctaneRender 1.5 will allow you to define three types of primary visibility for an object: general, camera and shadow visibility. Each triangle, object or group of triangles/objects can have an ID, which can come from a plugin or from an OBJ file. By connecting the object IDs of a mesh node with an object layer map node you can then assign an object layer node to the objects which you want to control. With this feature, objects can e.g. be made invisible for the camera, while retaining their shadow and/or reflection so you only see the indirect effects. You can also make it cast no direct shadows and you can set its overall opacity, which can be useful for fade-in and fade-out effects. This is shown in the following screenshots and video: 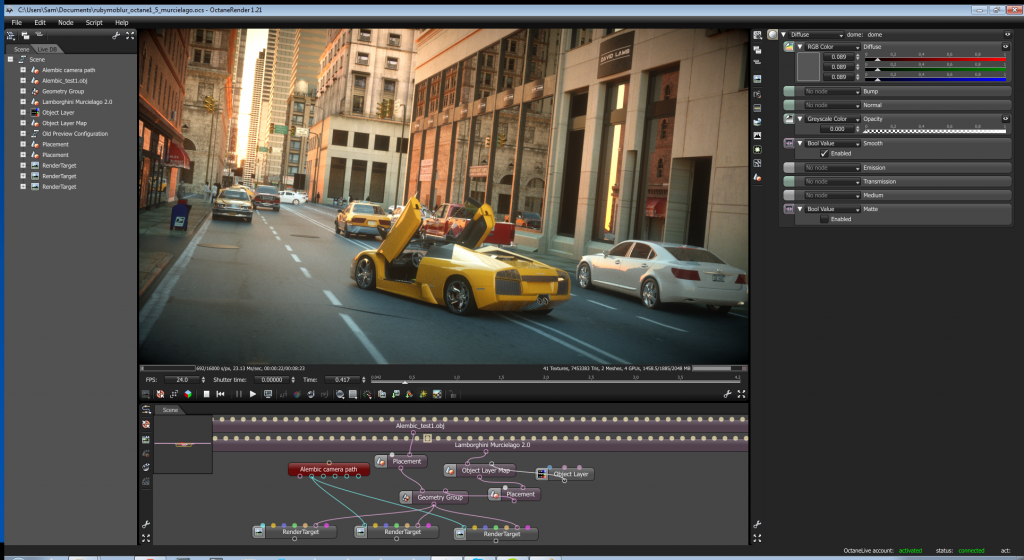 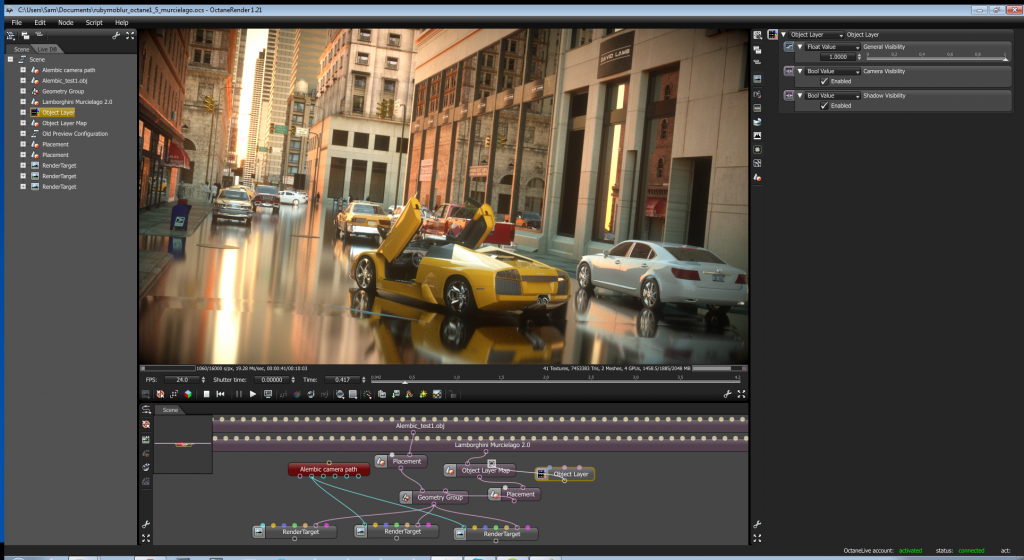 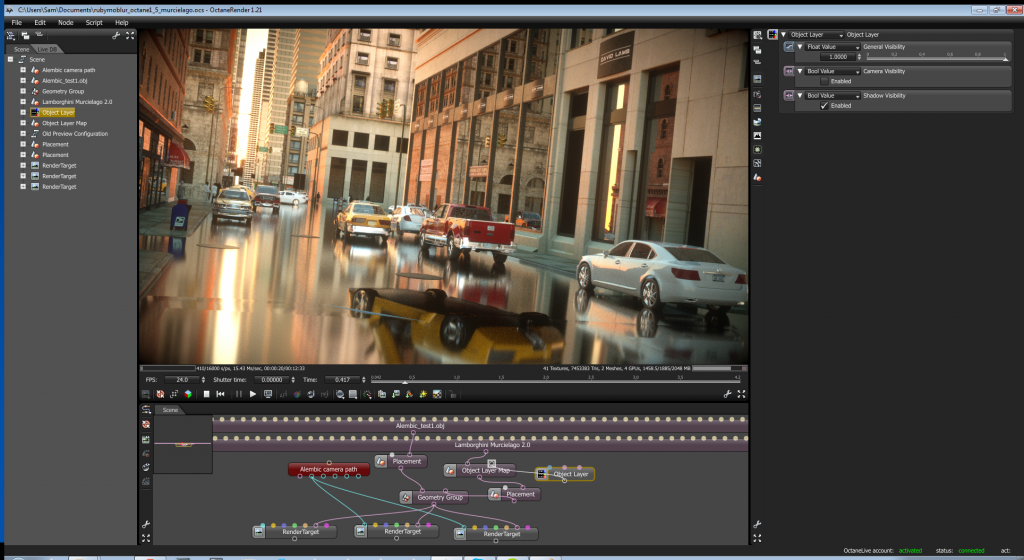 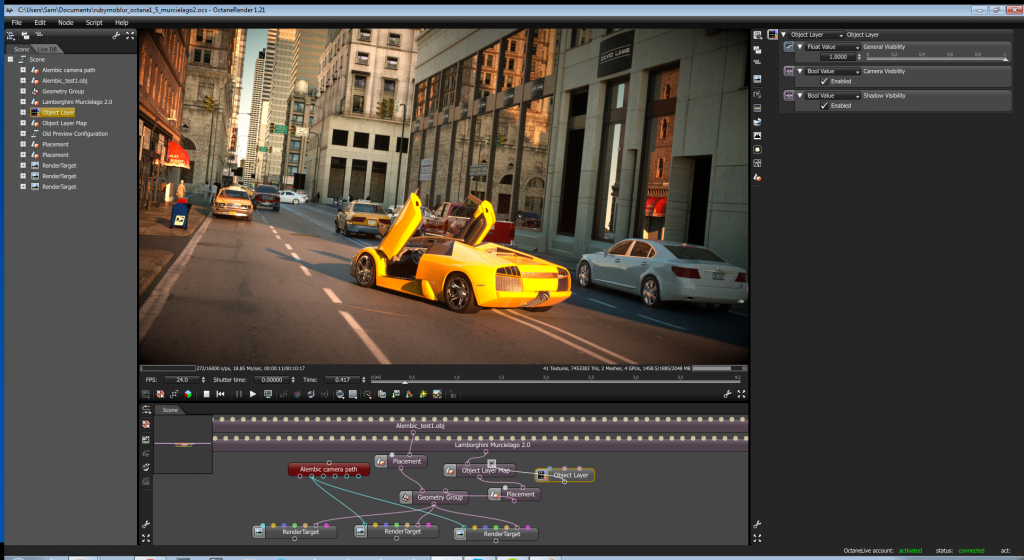 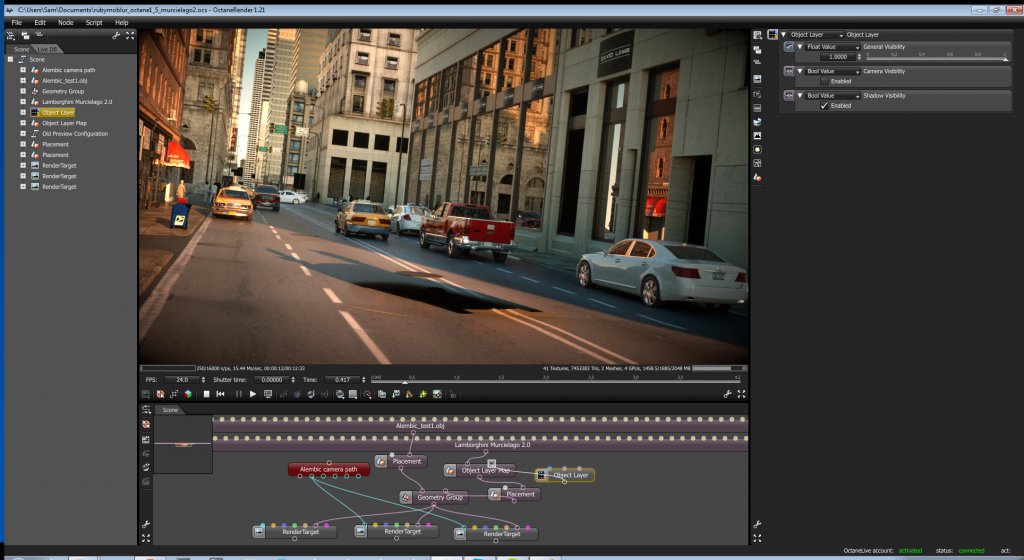 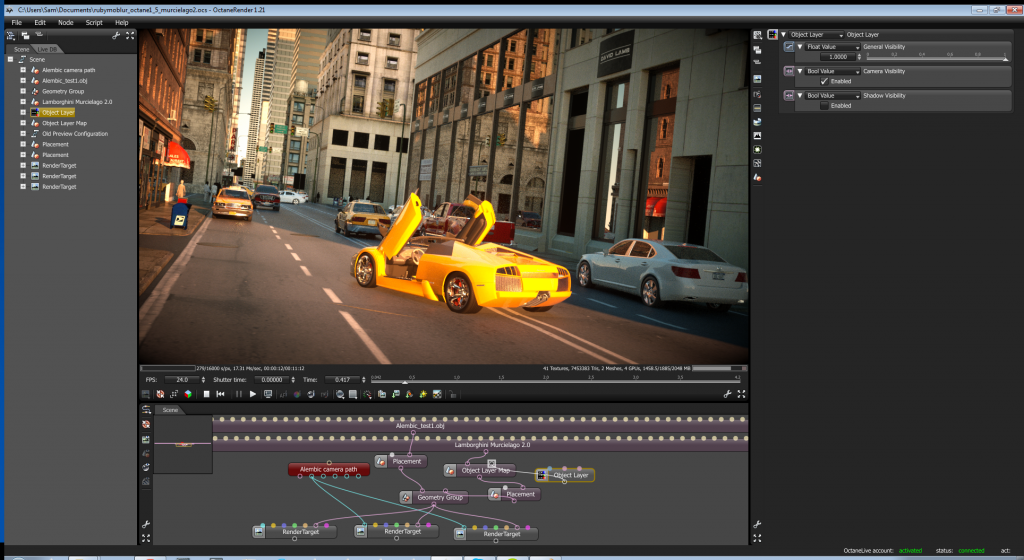