This is our final preview of OctaneRender 1.5. The following videos (rendered on 4x GTX 680) show that the standalone version of Octane is now able to import Alembic animations with animated deformable geometry and render them in real-time using a Lua script: 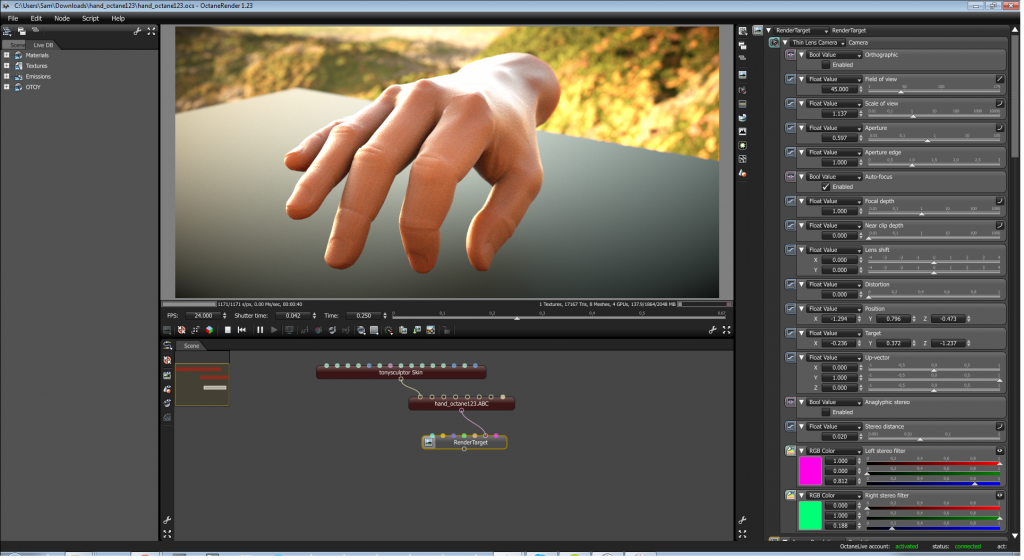 Each character in the following video consists of 66,000 triangles and there’s 730 of them, totalling almost 50 million triangles all rendered and animated in real-time: 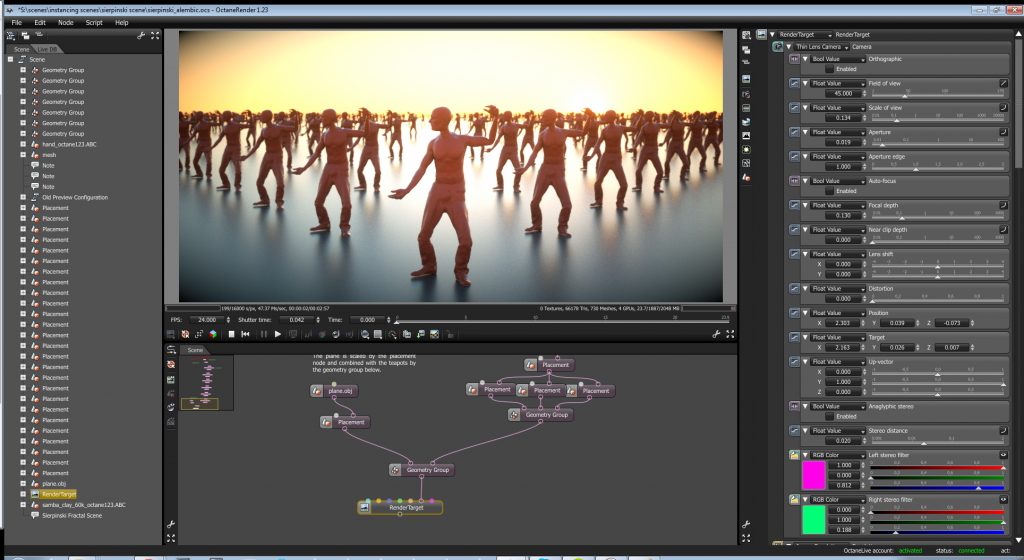 Head over to our Release Candidate Testing Forum to download and try the latest standalone build (licensed customers only).

With Alembic support, Lua scripting and the website.me entirely new node system, Octane now has a very solid foundation for animation in place, so prepare for some really nifty features in early 2014.

We want to thank all of you for your relentless support throughout 2013 and we can ensure you that 2014 will be huge for Octane.