OTOY and UX3D are proud to unveil a new partnership integrating the UX3D glTF Scene Toolkit into the OTOY marketplace, bringing 100% native glTF support to the OTOY ecosystem. The companies plan to explore how to integrate the toolkit as a module through multi-engine and other forward looking opportunities in the Octane and Render roadmaps – including a full glTF distiller from ORBX and ITMF. This will allow the UX3D glTF Scene Toolkit to be accessible across the 20+ DCC integrations – from Cinema4D, Maya, Blender, Unreal Engine, Unity3D and many more – and will be available to users on the Render Network, the industry’s first decentralized GPU compute network and 3D marketplace. 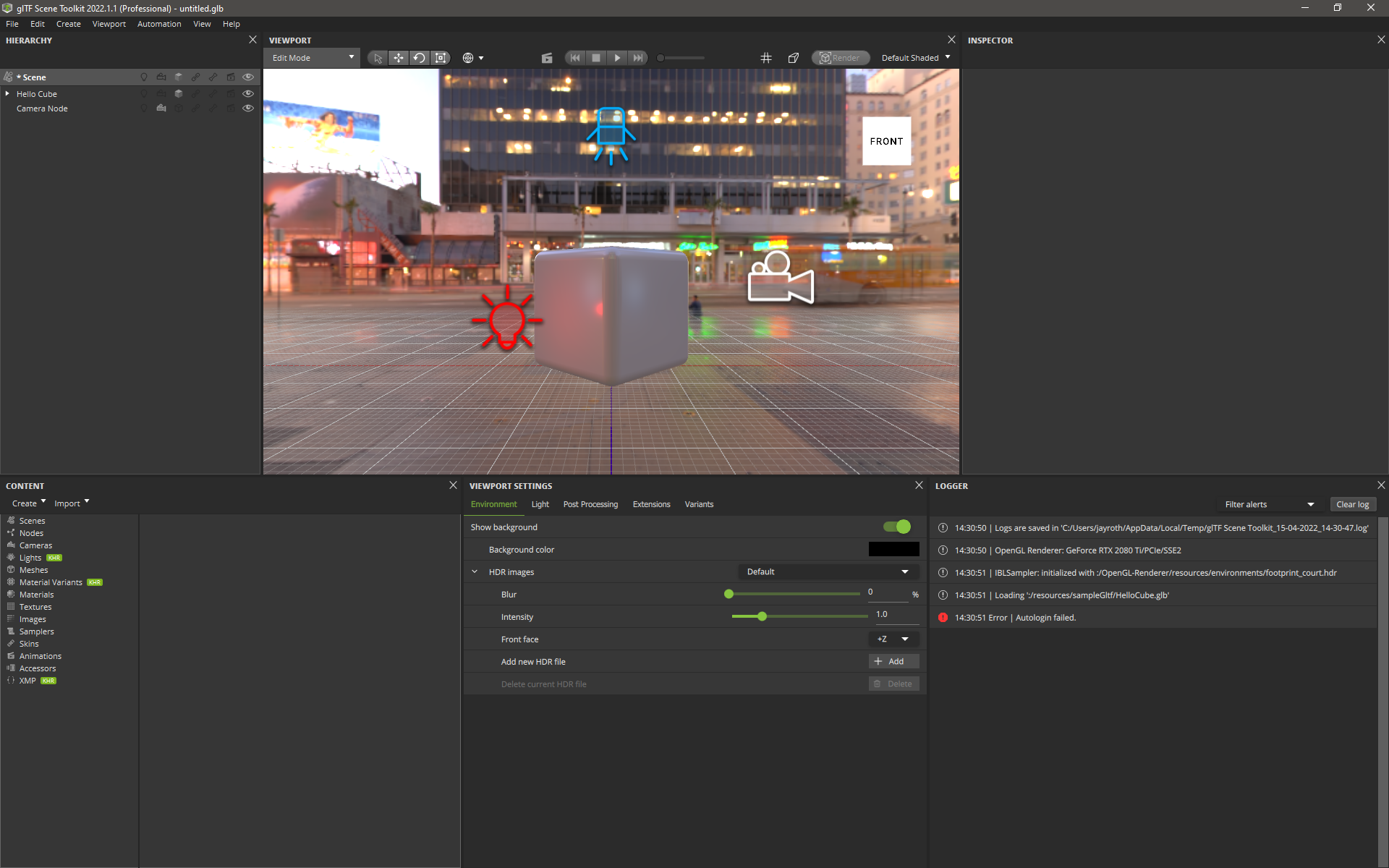 The future integration of the UX3D glTF Scene Toolkit into OctaneRender will transform artist workflows, enabling robust support between their DCC creation tool of choice and publishing endpoints for 3D real time. Viewing, inspecting, editing, optimizing, composing single assets or even staging whole scenes can be done in the context of glTF. And the best thing is that every official Khronos extension is supported and 3D Commerce Viewer certified.

Along with the UX3D glTF Scene Toolkit, OTOY is active within Khronos 3D Formats working group to extend the glTF specification with fellow members UX3D, Cesium, NVIDIA, Meta, Microsoft, Google, Adobe, Autodesk, and others in the effort of making glTF a 3D transmission format for the Metaverse.

Norbert Nopper, Founder and Managing Director at UX3D: “We are excited to cooperate with OTOY and feel honored that our glTF based product is integrated into the OTOY ecosystem. With this partnership, we are providing an important piece to the large mosaic of the open metaverse.”

According to Founder and CEO of OTOY, Jules Urbach, “For over a decade we have been developing the tools to make next generation 3D content creation a reality. The integration of the UX3D glTF Scene Toolkit into the OTOY ecosystem is a major breakthrough in the development of the open metaverse.” Urbach added, “Now artists can seamlessly create, stream and monetize 3D content across the 20+ DCC tools Octane supports, including leveraging the Render Network for next generation immersive media and cryptoart development.”

UX3D GmbH is a Germany based company, providing interactive 3D real time graphics software solutions. Since 2017, UX3D has been successfully developing projects for customers in Germany, Italy, Sweden, and the USA. As co-specifiers of glTF, the JPEG for 3D, UX3D has released the first native visual glTF editor, which is used in 75% of all countries. You´ll find more information on the website ux3d.io.