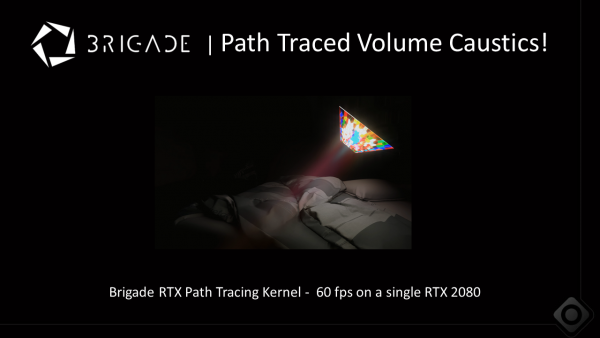 With the release of the RNDR Network, OTOY is introducing a new level of speed and scale to the OctaneRender ecosystem. RNDR brings remarkable performance gains with NVIDIA GPUs – up to 10x speed increases – and offers virtually limitless scalable GPU cloud rendering power, as well as production-level security. The RNDR Network launch comes after an extensive beta period of decentralized blockchain peer-to-peer GPU rendering and completes the redesign of OTOY’s OctaneRender Cloud (ORC) service on a new RNDR backend, featuring a new multi-cloud integration with Azure. From production-ready secure rendering on Azure, to the ability to scale renders across a pool of tens of thousands of high-end decentralized peer-to-peer NVIDIA GPU rendering nodes, RNDR gives artists the tools to meet any type of rendering needs.

“With RNDR, we are harnessing the best of both centralized and decentralized cloud architectures to meet our users’ demands,” said OTOY founder and CEO Jules Urbach. “The goal is to create a one-stop destination for artists to seamlessly integrate high-performance NVIDIA GPU cloud rendering into their workflows. Whether it’s scaling to near unlimited decentralized GPU capacity, leveraging the performance gains of NVIDIA GPUs, or protecting IP with Microsoft Azure production-level security, we want to help OctaneRender users leverage the cloud to realize their most ambitious creative visions.”

During the RNDR beta period, thousands of scenes from hundreds of beta testers have been rendered on the network, with ultra-high-resolution renders spread across tens of thousands of GPU compute nodes. Running on a secure Microsoft Windows Client with transactions completed on Ethereum’s mainnet, The RNDR Network demonstrated one of the first mainstream commercial applications of blockchain distributed applications (dApps). During the beta, leaders in the industry tested scenes ranging from ultra-high-resolution 4K to next-generation 12K formats.

“On RNDR, I was able to scale up a project from my local workstation to thousands of high-end NVIDIA GPUs, allowing me to meet an ambitious deadline without making compromises in final image quality,” said Knoll. “Tapping unlimited capacity is a first for GPU cloud rendering, and I can see this becoming increasingly important as the industry transitions from 2K to ultra-high-resolution 4K, 8K, and immersive formats.”

“OTOY’s work in bringing NVIDIA GPU acceleration to the cloud with RNDR Network on Microsoft Azure, along with RTX support for OctaneRender 2020, delivers powerful rendering performance with unprecedented speed, scale and flexibility,” said Bob Pette, vice president and general manager of Professional Visualization at NVIDIA. “Access to NVIDIA GPU acceleration in the cloud through the OTOY RNDR Network on Microsoft Azure ensures that artists and designers can stay productive while working from anywhere.”

Announced alongside the public launch of RNDR was that OTOY and Autodesk will bring Arnold to the RNDR Network. OTOY is working with Autodesk to make Standard Surface a core material system standard that can work identically across all renders on the RNDR platform including OctaneRender, OTOY’s forthcoming Brigade Engine, as well as Autodesk’s Arnold. 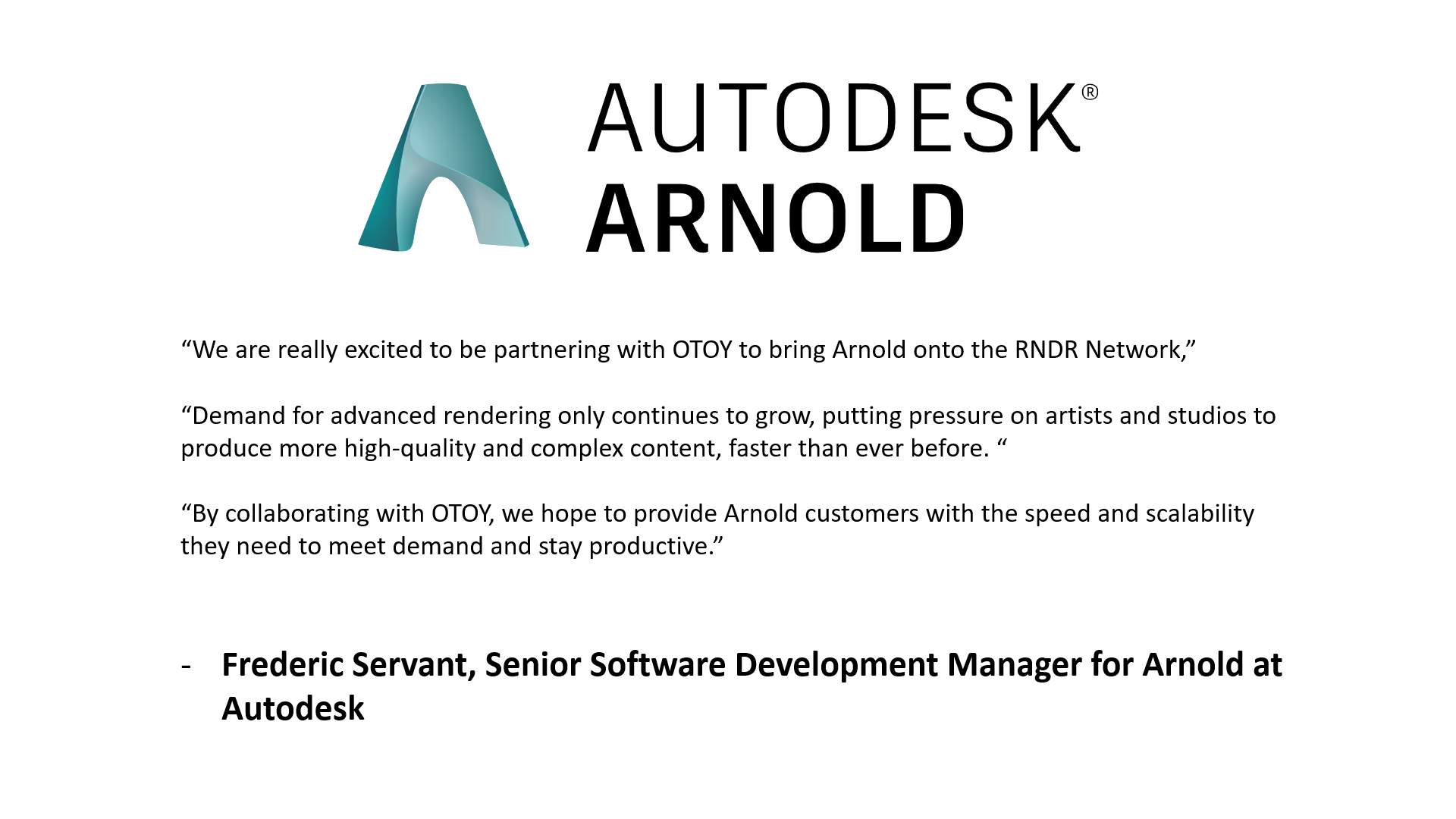 “We are really excited to be partnering with OTOY to bring Arnold onto the RNDR Network,” said Frederic Servant, Senior Software Development Manager for Arnold at Autodesk. “Demand for advanced rendering only continues to grow, putting pressure on artists and studios to produce more high-quality and complex content, faster than ever before. By collaborating with OTOY, we hope to provide Arnold customers with the speed and scalability they need to meet demand and stay productive.”

During GTC Digital, Urbach shared the public release of RNDR alongside an updated long-term roadmap for OctaneRender, including details about the network’s Phase IV development plans. More information about this presentation can be found here, and additional details about the RNDR Network can be found at www.rendertoken.com.