Ari Emanuel: “The future of media and entertainment is not going to be a flat screen. OTOY is building the content pipeline for the next generation of movies and computer graphics, where immersion and presence will be a key axis of the creative process.”

Rod Roddenberry: “OTOY is making my father’s vision of the Star Trek Holodeck a practical reality in our lifetime.

LOS ANGELES, Calif. – August 11, 2014 – Cloud graphics company, OTOY Inc., today marked a major milestone in the future of media and entertainment, unveiling a holographic video pipeline for content creators, including the world’s first portable 360 holographic capture system and a cloud-based pipeline for creating and deploying holographic media to virtual reality and, in 2015, holographic light field displays. The pipeline enables holographic captures of real world people, objects, and environments, and one-click publishing of interactive holographic videos which are viewable on mobile devices and virtual reality headsets such as the Oculus Rift. Forthcoming next-generation light field displays being developed by OTOY will bring commercial freestanding volumetric holographic displays to market in 2015.

Holographic video, or holographic light field rendering as it’s technically known, produces stunningly realistic images that can be looked at from any vantage point, as seen in a demonstration OTOY released today. Each frame of video accurately simulates every ray of light in a given scene or environment and every interaction that each light ray has with the surfaces and materials therein. Every reflection, refraction, and absorption of that field of light is modelled as it would be in the real world. The same caliber of incredibly accurate rendering is used in the special effects work of major motion pictures, typically taking hours if not days to render out one extremely polished and realistic frame for use in a movie. OTOY demonstrated the same massive computational complexity delivered in hundredths of a second on the screen of one of the least powerful devices we use daily: a smartphone. The result is a video with true-to-life image quality that can be navigated and explored from any angle, otherwise known as holographic video.

OTOY has developed an end-to-end pipeline for both offline holographic video files and for live streaming holographic videos and is currently seeding tools to ecosystem partners including media and entertainment companies, artists and animators, and hardware and software partners. OTOY plans further demonstrations of holographic video at the annual international conference on computer graphics, SIGGRAPH 2014 (booth 1447) in Vancouver, Canada, and will share more details regarding holographic video development tools and its content pipeline at the show this week.

“OTOY’s holographic video technology is part of the future of media and entertainment,” said Ari Emanuel, Co-CEO, William Morris Endeavor. “Studios have been using OTOY’s capture technology for years to produce exceptional special effects. Now studios can harness the same spectacular content for all new experiences and lines of revenue, letting audiences be a part of the action, explore sets, or go behind the scenes with the same assets they’ve already invested in.”

“Holographic entertainment has been a fantasy for many ever since they caught their first glimpse of the Holodeck in Star Trek: The Next Generation’s debut almost thirty years ago,” said Rod Roddenberry, CEO, Roddenberry Entertainment. “One of the reasons I invested in OTOY was to see that dream become a reality. While holographic displays of the kind we imagined aren’t here quite yet, virtual reality headsets give us an incredible opportunity to bring the Holodeck to life in a slightly different way. What Jules and the team at OTOY have built is essentially the software of the Holodeck: the media format that will let everyone experience an immersive, photorealistic world the way we’ve always hoped to.”

“For as long as I can remember I’ve dreamt of experiencing the Holodeck, of having a way to walk through life-like virtual worlds that seemingly transport us to anywhere we’d like to be. OTOY was created in part to realize that dream, and today we’ve taken a major step toward it with holographic video,” said Jules Urbach, Founder and CEO, OTOY. “OTOY’s breakthroughs in compression and rendering have dramatically reduced the barriers to holographic video, making it a viable media format that gives content creators everywhere a simple, cost-effective way to bring high quality, interactive 3D content to multiple platforms for the world to enjoy.”

OTOY’s end-to-end pipeline brings together several technologies for the production and publishing of holographic videos:

For more details on holographic videos, including additional demos and information on our development tools and content pipeline, visit OTOY at SIGGRAPH 2014, August 12-14, booth 1447 in the Vancouver Convention Center, or contact OTOY to arrange a meeting. 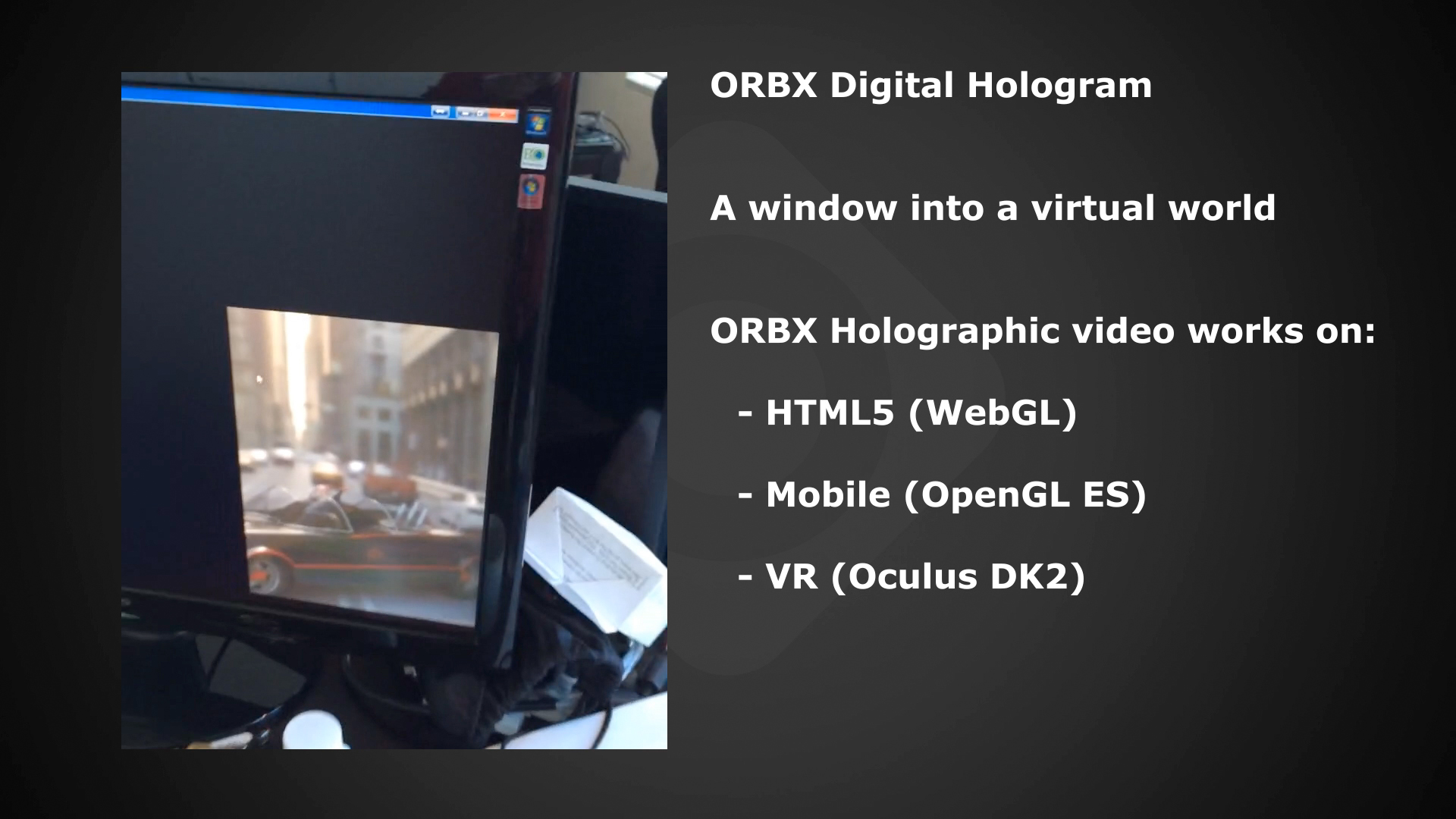 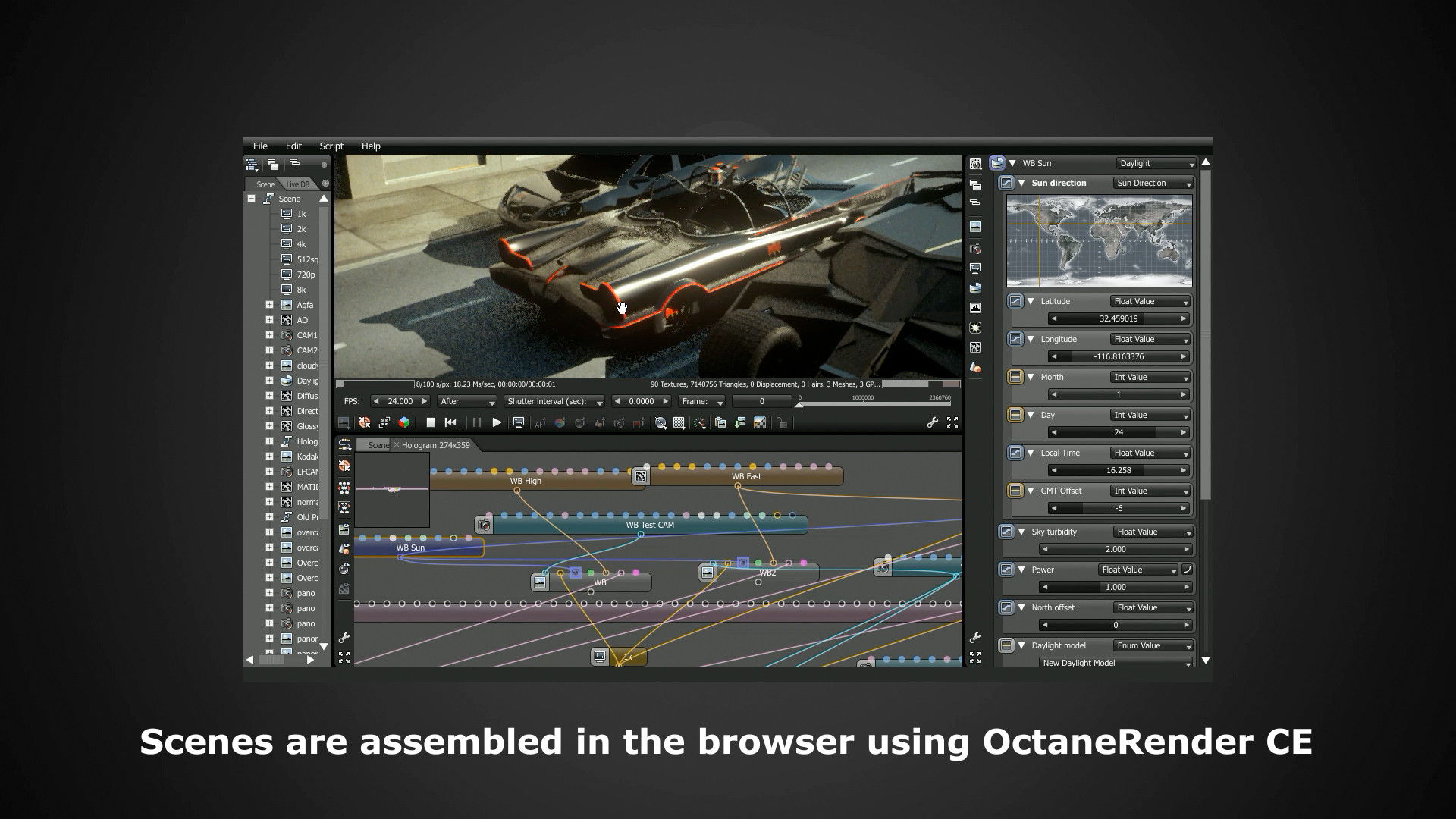 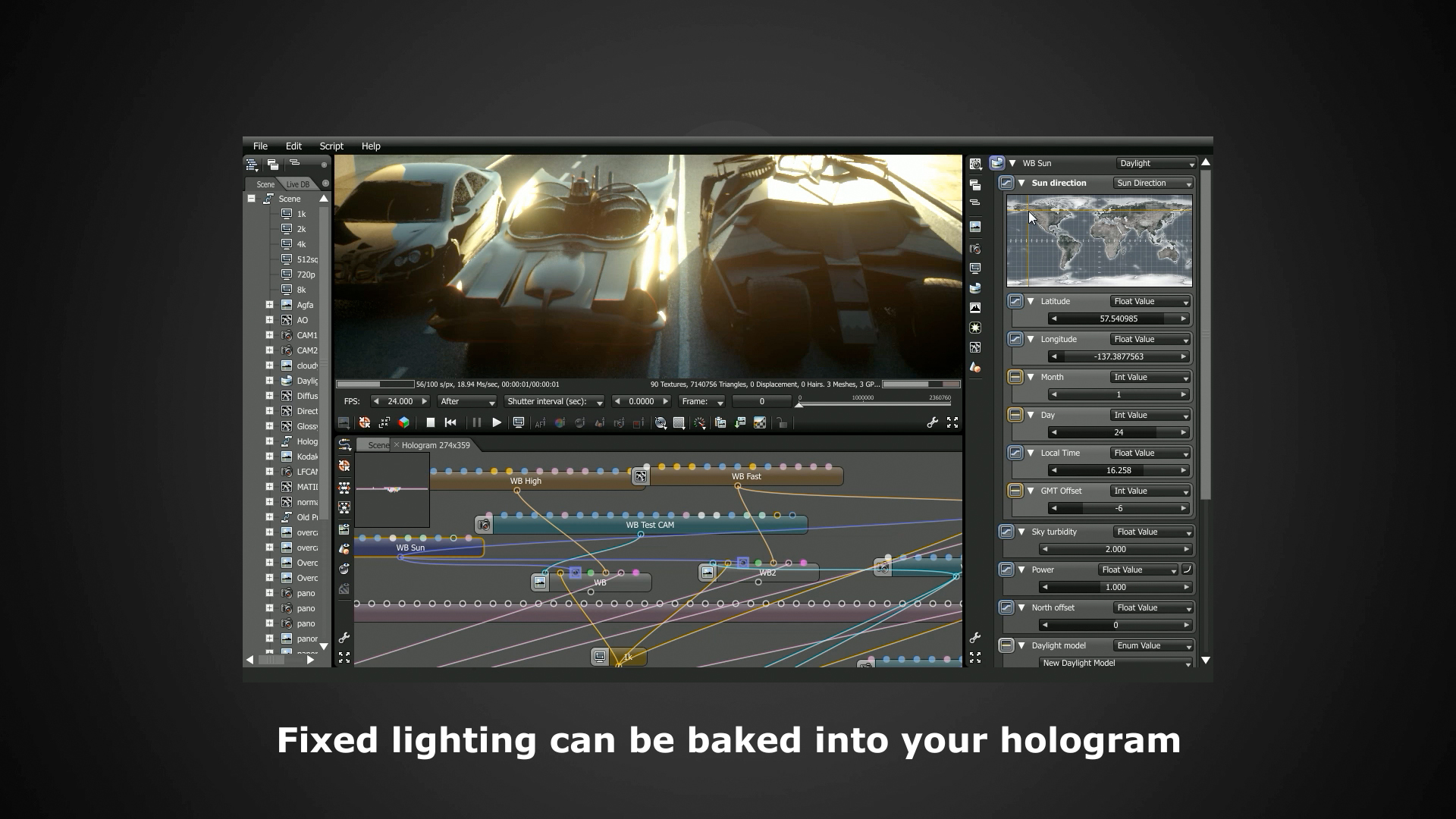 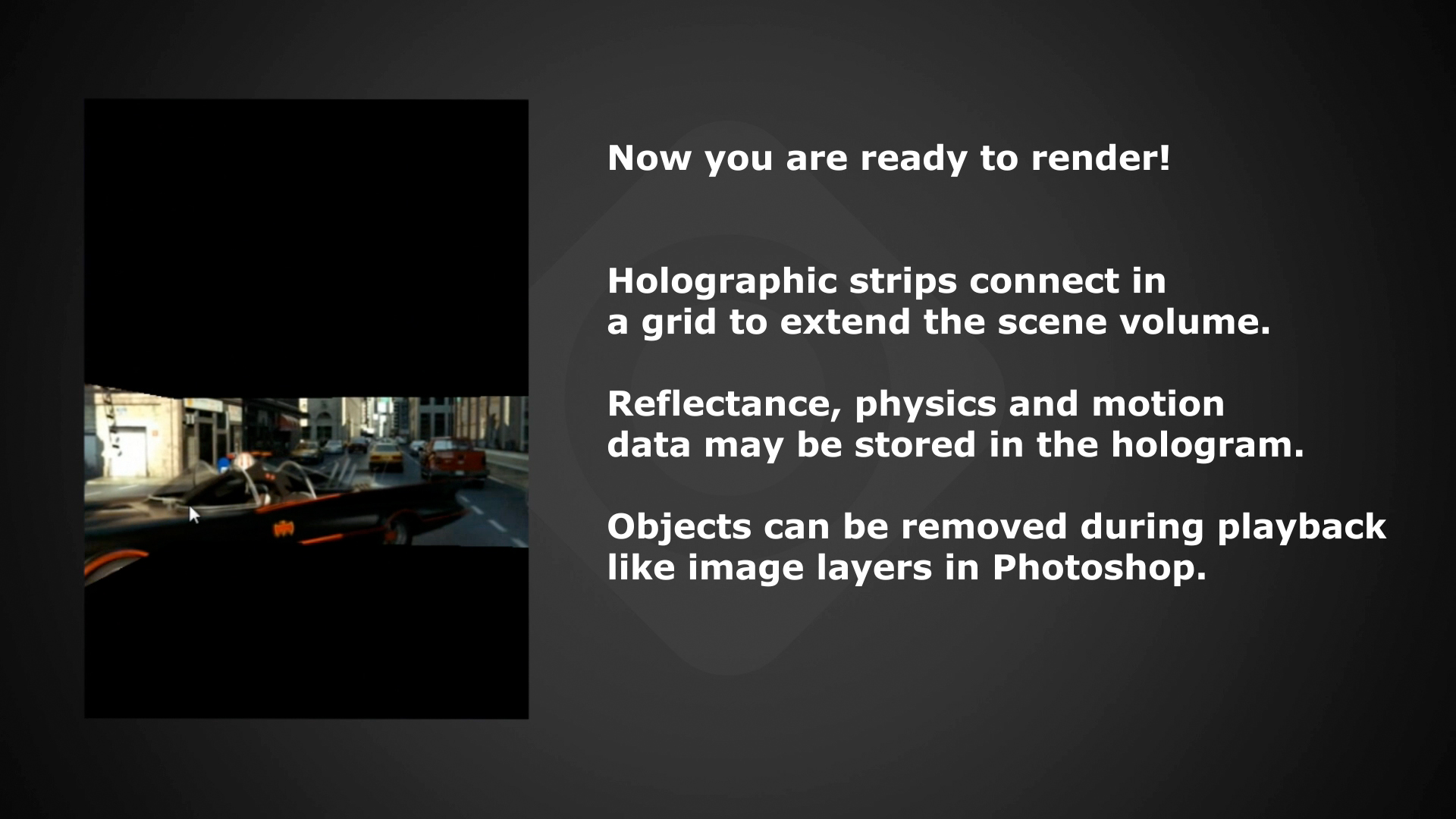 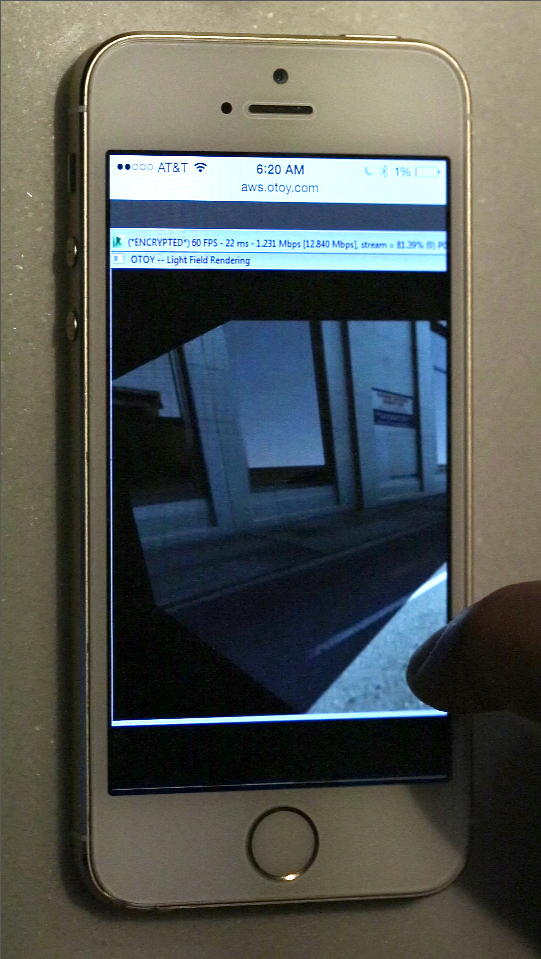 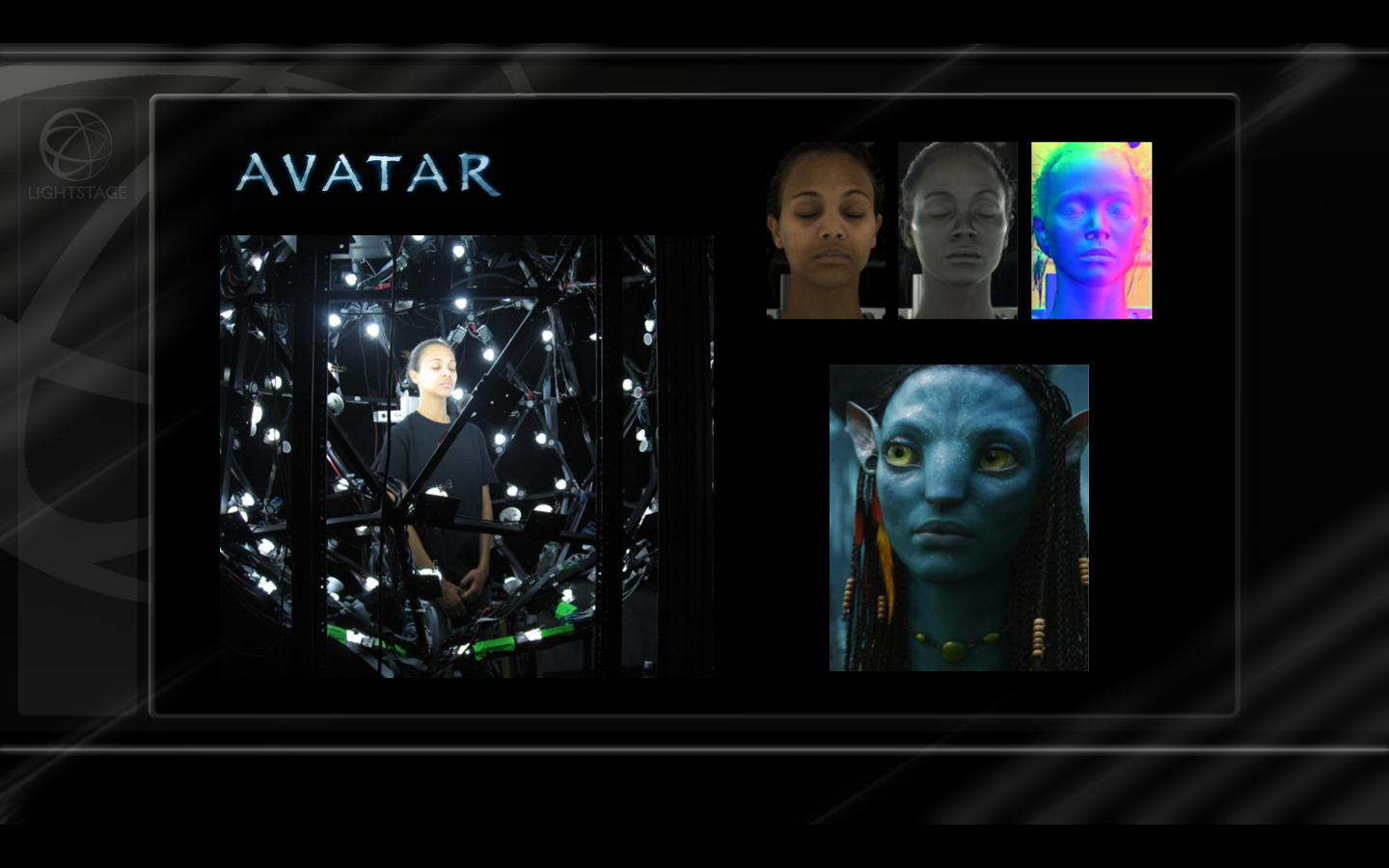 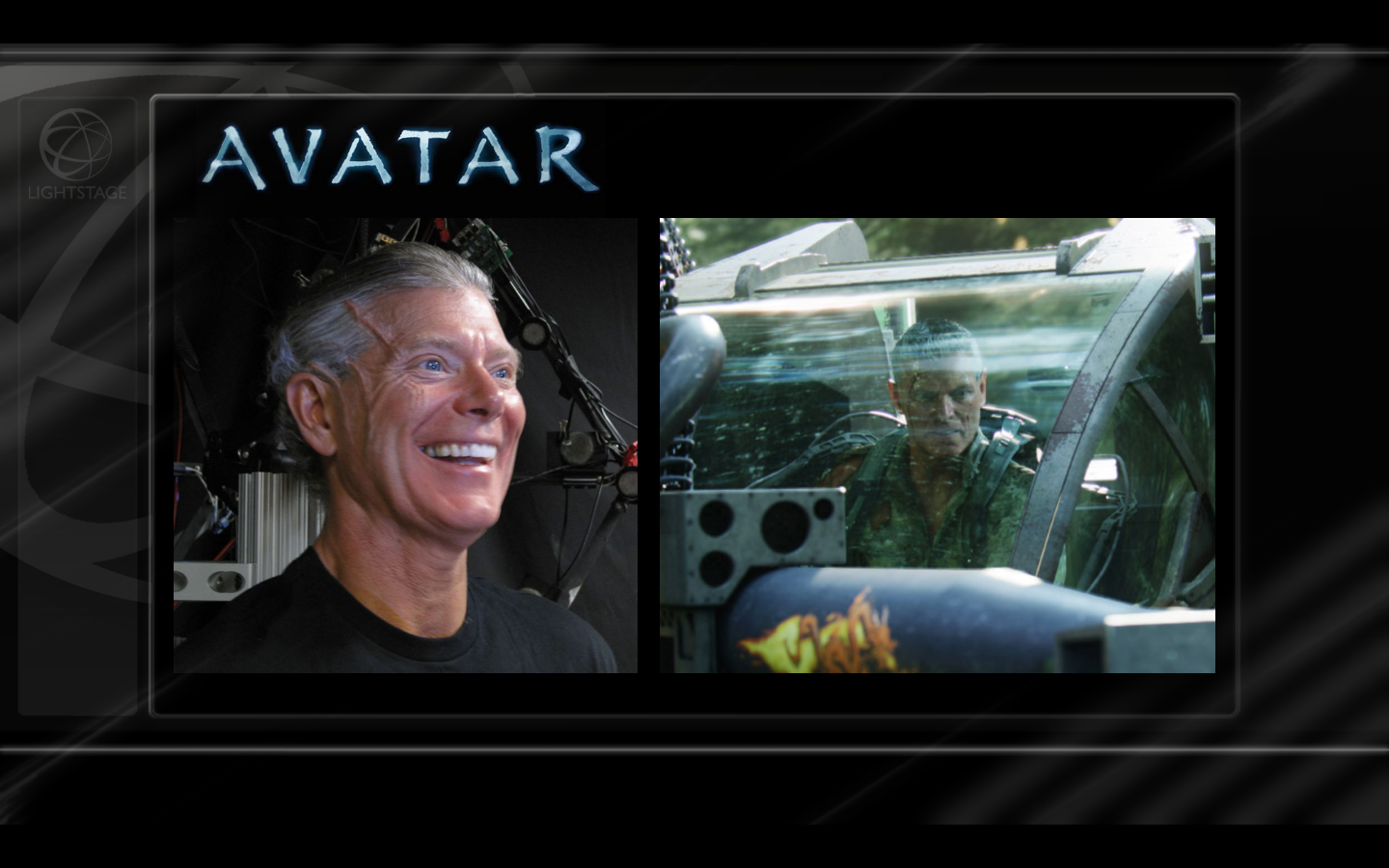 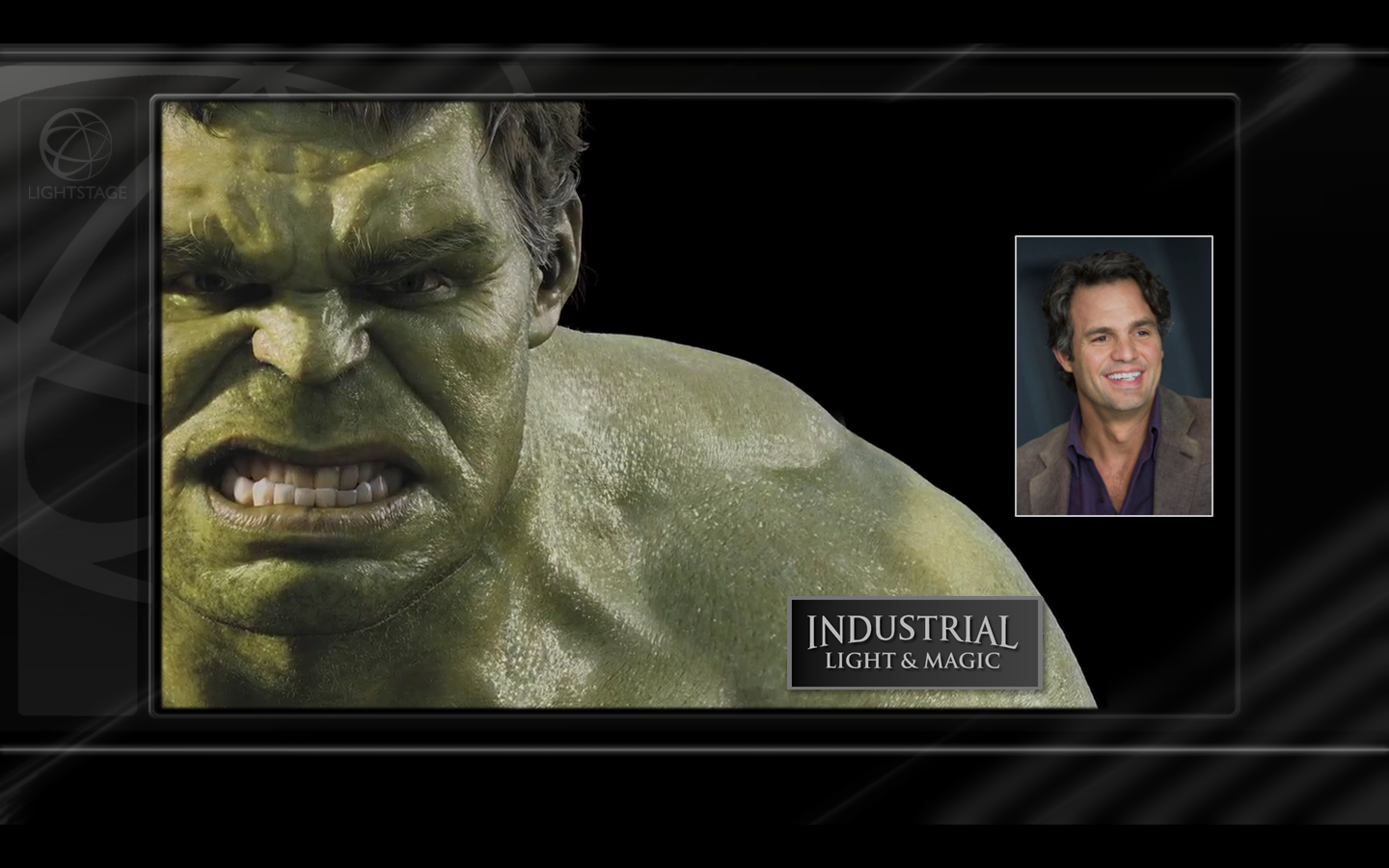 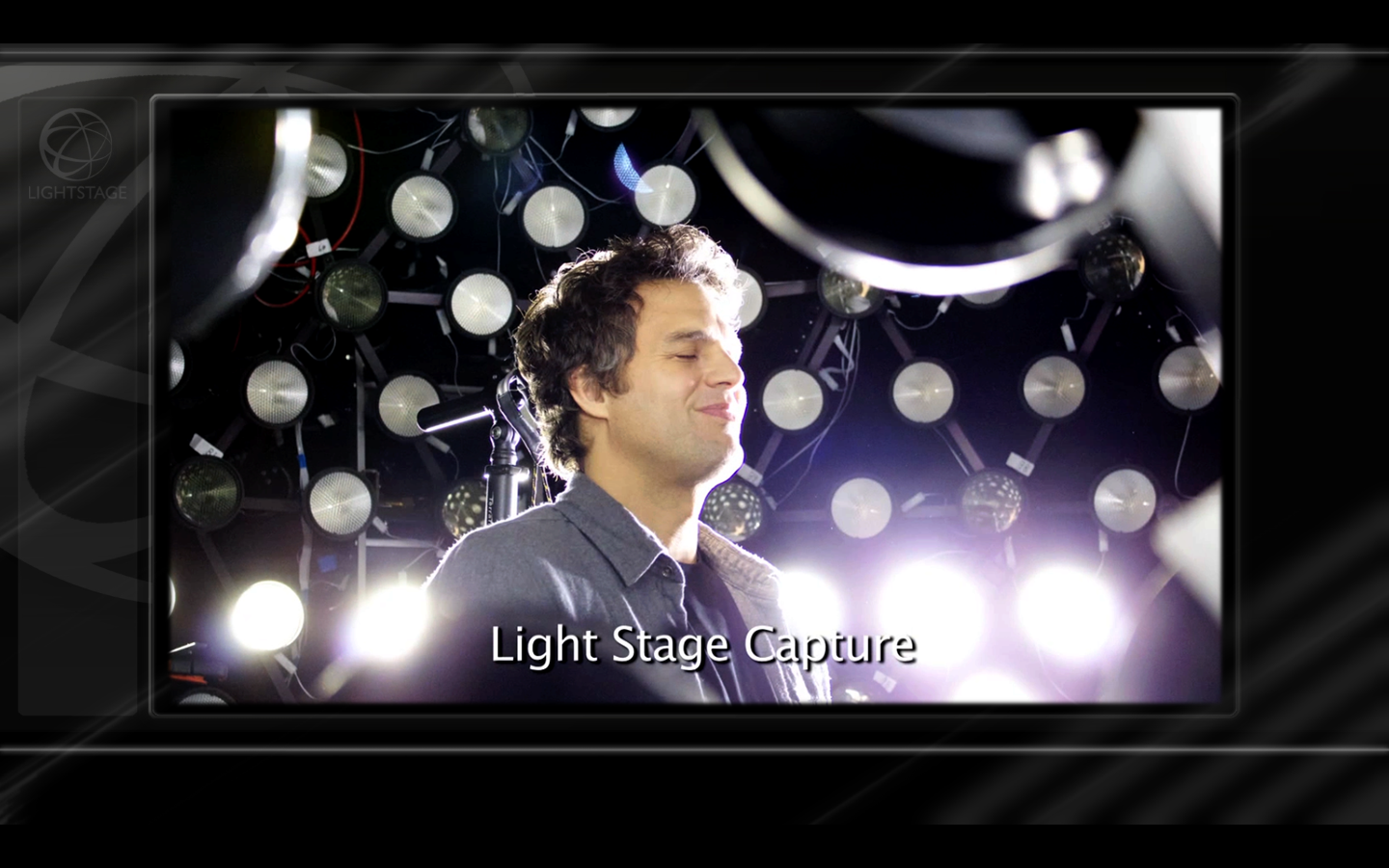 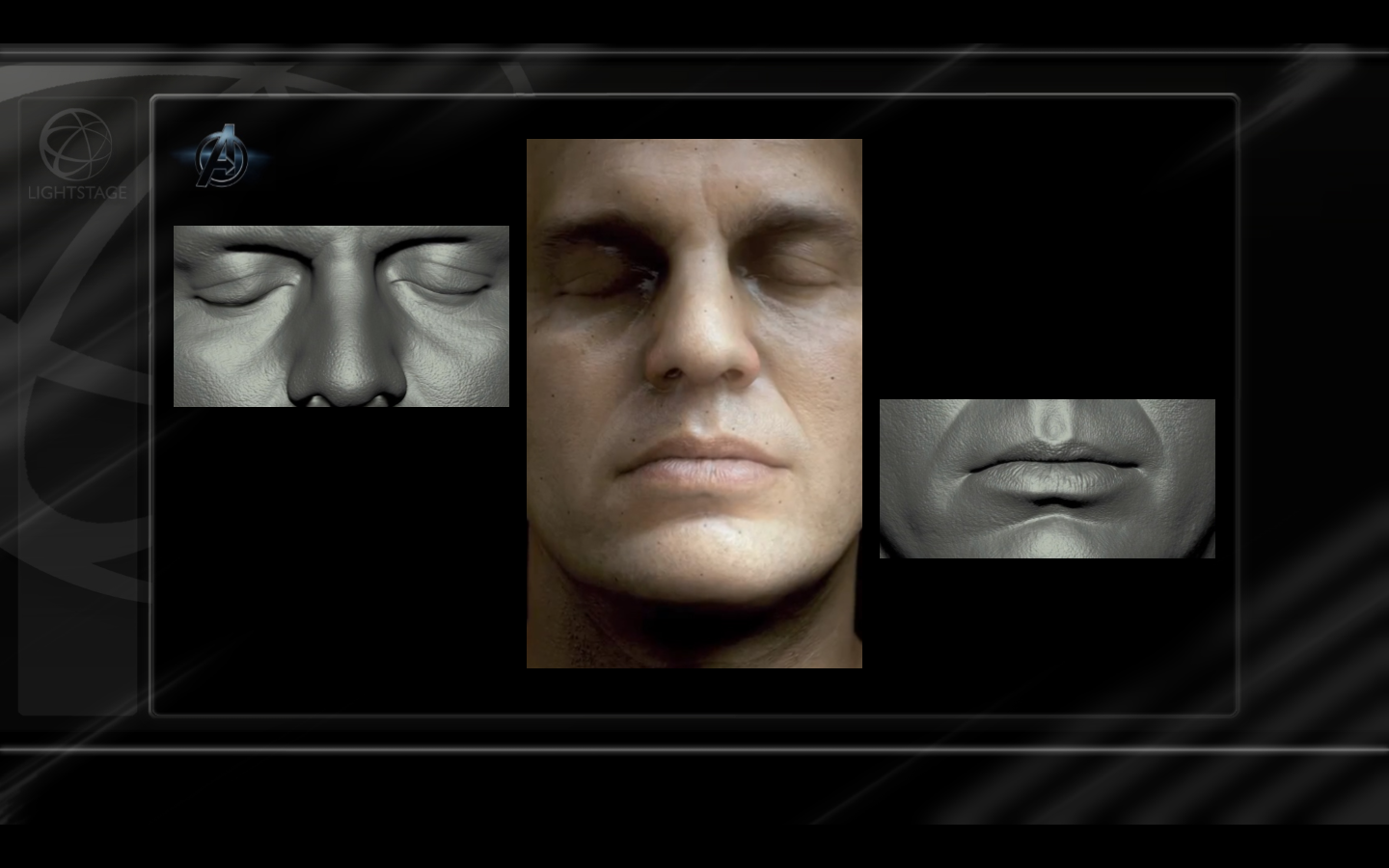